5 Ways to Fix Apple Watch Not Charging Above 80%

Apple has bundled battery protection features similar to iOS on WatchOS, which limit the watch charging speed at times. One common problem associated with the same, coming from most Apple Watch users, is that it won’t charge and remain stuck at 80 percent despite being plugged in. Therefore, this article shows different methods to fix Apple Watch not charging above 80%. You can also learn about fast charging Apple Watch here. 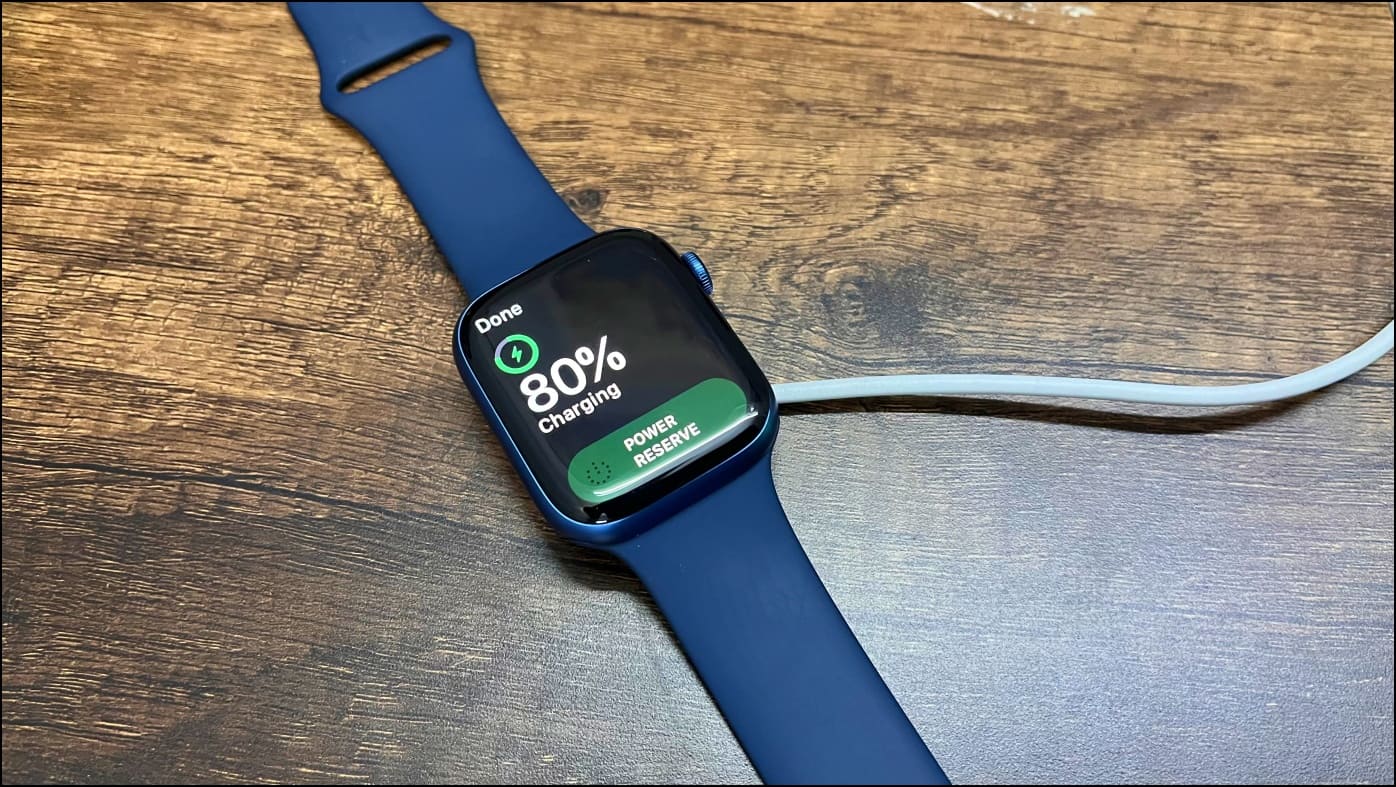 Apple Watch Not Charging Over 80%? Here’s the Fix

Your Apple Watch not charging is usually due to the Optimized Battery Charging feature. However, it can also be caused by external factors. Read on to check the solutions below.

Like iPhone, Apple Watch comes equipped with Optimized Battery Charging. Enabled by default, it is designed to extend the longevity of your Apple Watch battery. The feature learns from your usage habits and location and waits to finish the charging to 100% until you need the watch.

For example, suppose you regularly charge the Apple Watch at night and unplug it at 7 in the morning. In that case, it’ll automatically limit the charging to 80 and finish the remaining 20 right before you wake up. This allows the watch to stay at comfortable levels instead of trickle charging at 100, reducing its life. 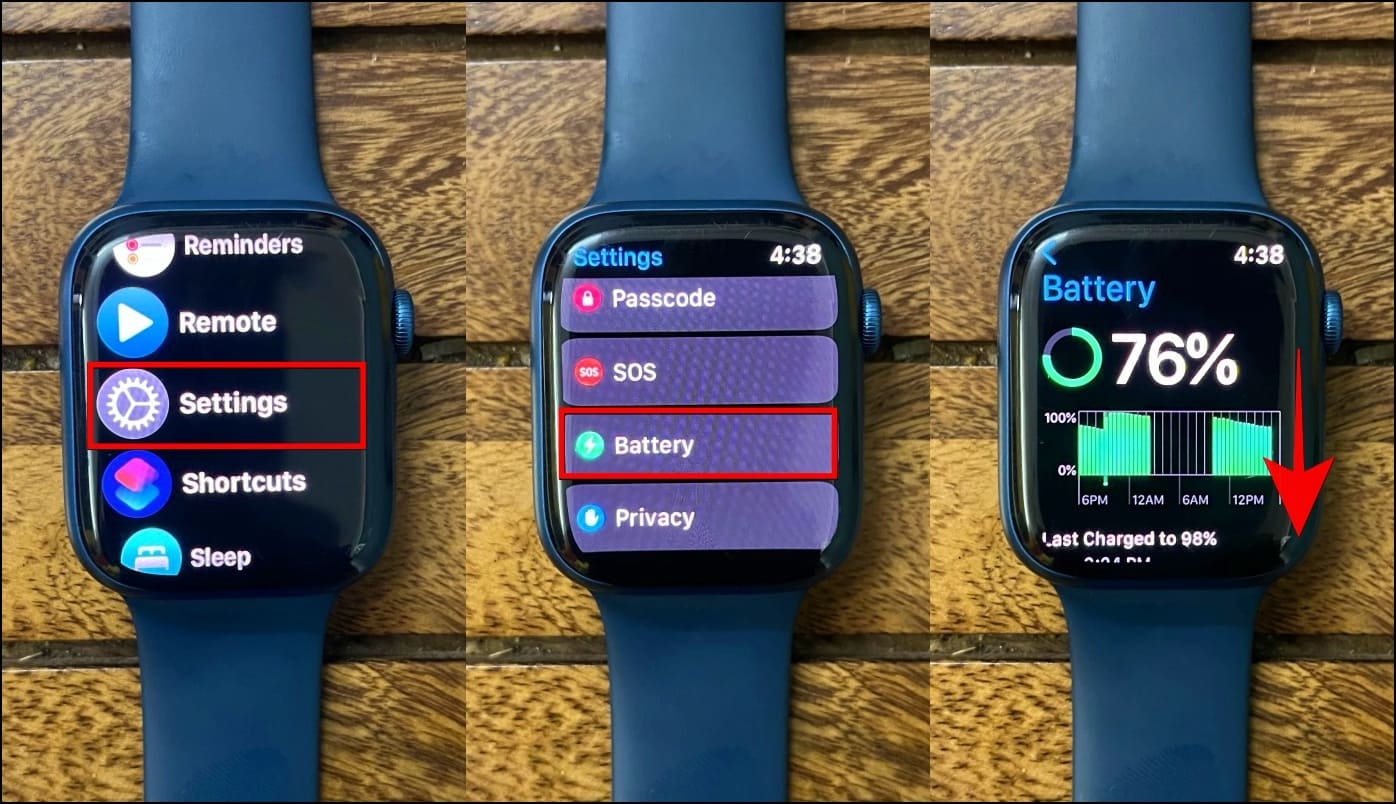 At times, it may limit the charging to 80% even when you want the watch to charge full- maybe you woke up early, have a flight to catch, or a schedule change. That’s where you can turn off optimized charging to charge the Apple Watch quickly to 100, as shown below:

Step 1: Press the Digital Crown on your Apple Watch to open the app list.

Step 2: Scroll down and select Settings. 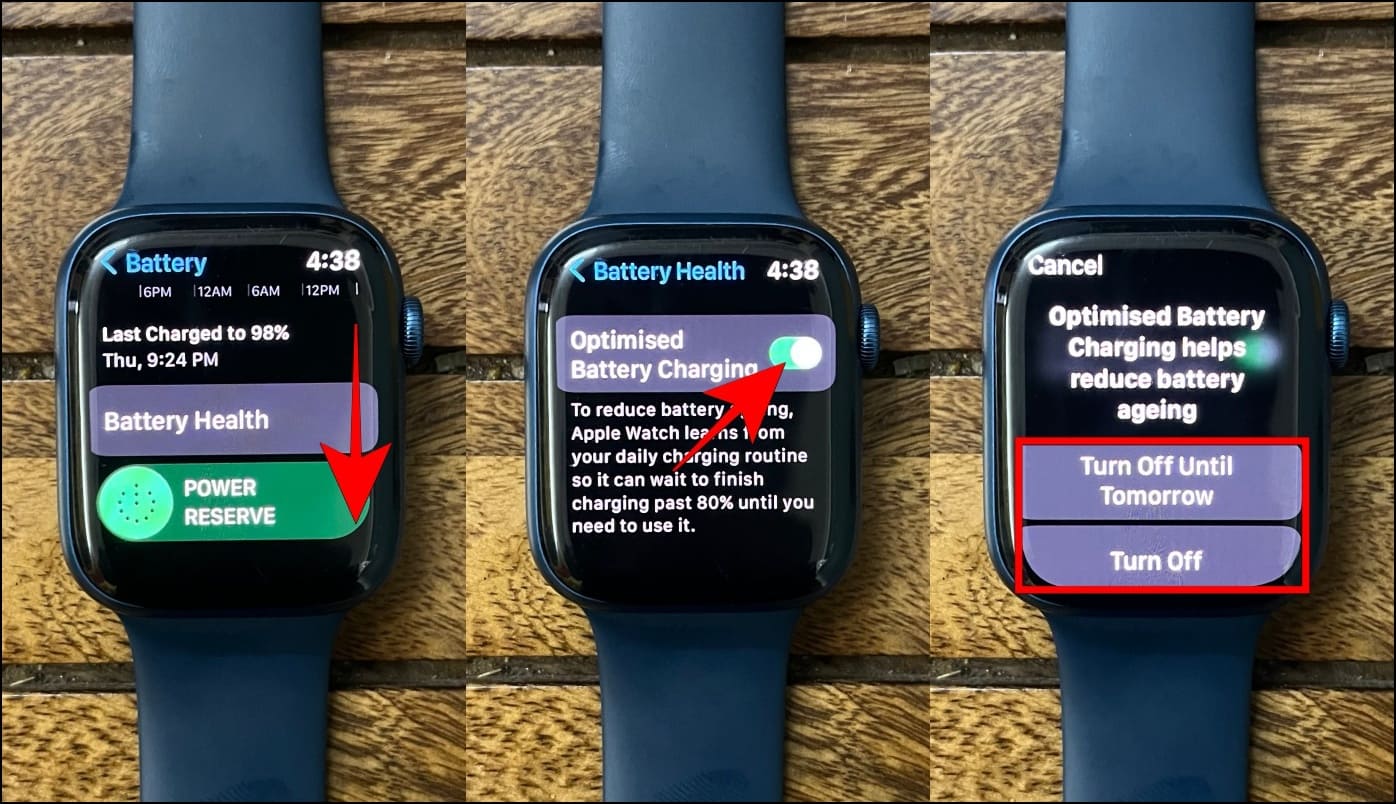 Step 5: Turn off the toggle for Optimized Battery Charging at the bottom of this page.

Step 6: If you want your Apple Watch to charge fast all the time without any limitations, select Turn Off. If it’s a temporary thing, select Turn off until tomorrow.

Choosing the latter means Optimized Charging will be re-enabled the following day. Use this option when you want to charge your Apple Watch full once or twice in a while, say before going on a trek or vacation, without waiting for it to charge at the restricted pace.

Optimized Charging is available on the following Apple Watches running WatchOS 7 and above:

When charging, the watch heats up for obvious reasons, and the heat gets amplified in hot environments, especially in summers. Consequently, the Apple Watch temporarily slows down or pauses the charging to lower the temperature to normal levels. 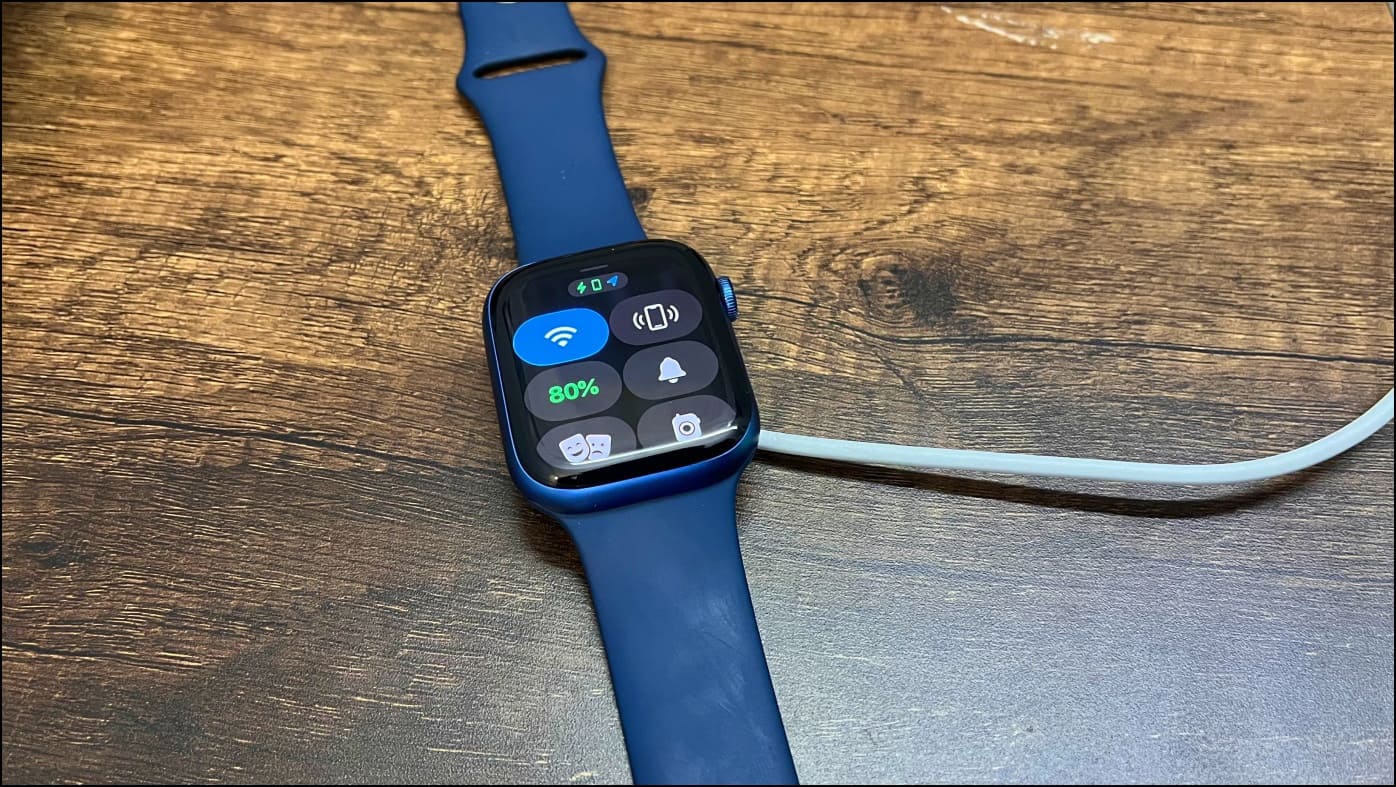 Remove the watch and let it cool down before you plug it back. Here are things you can do to ensure the Apple Watch stays at normal temperature while charging:

Apple Watch comes with Magnetic Fast Charger to USB-C Cable (on Series 7) or a regular Magnetic Cable (on Series 6 and older models), which must be plugged into an adapter. The watch will charge slowly if you’re using a slow wattage adapter. Many people use their old 5W Apple charging brick to charge the watch. Some use the USB sockets on their PC to power up the wearable. Both the methods are quite slow. If you have the latest Series-7 with fast charging, use Apple 18W, 20W, 29W, 30W, 61W, 87W, or 96W USB-C Power Adapters. You can also use comparable third-party chargers that support USB Power Delivery (USB-PD).

We suggest getting the Apple 20W adapter which would suffice for your iPhone and Apple Watch. You can also use a MagSafe Duo Charger or Magnetic Charging Dock- both are sold separately. Links for the charger are given below.

Make sure the back of your Apple Watch and the magnetic charging dock are clean. If there’s any dirt or liquid, wipe it away gently with a microfibre cloth. And then, try charging the smartwatch. If there’s water or debris, the Apple Watch may not charge properly. Also, remove any plastic wrap from both sides of the charger. There were some handy ways to fix Apple Watch is not charging or is stuck at 80 percent. Turning off optimized charging and charging the watch in a cool environment will fix the issue for most people. Anyways, what worked for you? Let us know via comments. Stay tuned for more such informative stuff.